The PDLC film is also known as the PDLC smart film. They have very wide applications in the glass curtain wall and on the glass of the car. They can prevent the light from going through the glass to prevent the heat. But do you know how to make the PDLC film? Our company Daken chemical, is a professional chemicals company, and we supply the PDLC raw materials for PDLC film suppliers.

The first three methods are mainly to separate the homogeneous system of polymer and LC mixture. The formation of LC particles dispersed in the continuous phase of the polymer is currently the main method for preparing polymer-dispersed liquid crystal membranes. The last method is to produce a heterogeneous emulsion through the mixture of polymer and LC. The LC particles are The capsule method is dispersed and realized.

In the TIPS process, the thermoplastic resin is first heated to above the melting point, and then the required content of LC is added to mix the two uniformly. The uniform solution is coated on the conductive glass in the heat preservation state and then cooled to room temperature at the required speed. When the mixture’s temperature is below a certain level, phase separation occurs, and LC particles can be formed. In this process, controlling the cooling rate can control the size and distribution of the LC particles, ultimately affecting the PDLC film’s electro-optical properties.

For resins that cannot be processed by heat (its melting point is higher than the decomposition temperature), the TIPS method cannot prepare PDLC film. You can find a co-solvent of polymer and LC and heat it to dissolve to make a homogeneous solution system. The temperature reaches the phase separation, and they form small lc particles dispersed in the polymer’s continuous phase. In this method, the size and distribution of the small particles can be controlled by the cooling rate of removing the solvent. In using SIPS to prepare PDLC membranes, polar solvents are required, which is difficult to recover, and solvents are easy to cause environmental pollution. Compared with TIPS, the entire process is much more complicated in operation. 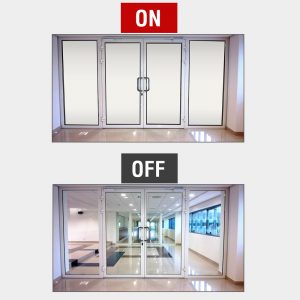 The polymer prepolymer and LC are mixed uniformly in proportions. During the curing process, as the molecular weight of the polymer matrix increases, the solubility of LC in the polymer continues to decrease. Finally, phase separation is achieved to form LC particles. The polymer used in this process can be either thermoplastic or thermoset. The main factors that affect the size and distribution of LC particles are the curing speed and curing temperature. When the curing speed exceeds a certain speed, LC particles may not be formed. The temperature mainly affects the chain diffusion mechanism by affecting the solubility, reaction speed, and kinetic parameters. And the chain structure affects the size and distribution of LC particles.

Under the carrier’s action, the polymer and the LC are mixed, and under vigorous stirring, the LC forms microcapsules in the polymer. Compared with the SIPS method, this method does not form a homogeneous solution in the whole process, and the stirring speed generally determines the size of its lc particles. Like SIPS, this method also requires a carrier, but the former uses a solvent, which is generally easy to remove. In contrast, the latter usually uses water, which is difficult to remove and takes a long time, which will affect the yield. At the same time, the presence of water may cause LC Of electrochemical degradation.

The arranged spherical space is large: Then, it is filled with liquid crystal and covered with a conductive glass sheet so that the PDLC film with uniform size and regular arrangement is obtained. The polymer and liquid crystal of the same composition have a higher threshold voltage than the PDLC film prepared by the polymer-initiated phase separation method. 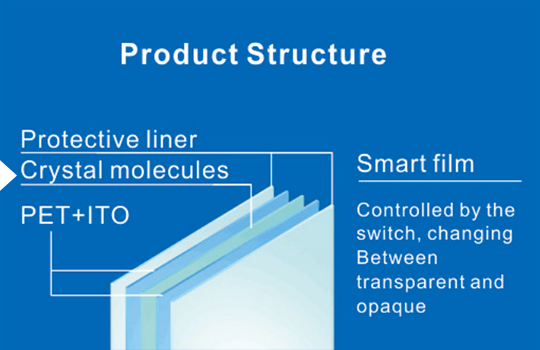 To know more about our PDLC films details please turn to: https://www.dakenchem.com/pdlc/