Polymer dispersed liquid crystals (PDLC) were discovered to be electrically switchable materials four decades ago and have remained a source of considerable scientific interest ever since. Our company, Dakenchem is a reputable PDLC film formulation service provider in China. Check this post for further information.

Because PDLC films can be switched electrically between light scattering and transparent states, they are beneficial in light control applications.

Due to the widespread use of PDLC in display technologies, research on these materials has evolved significantly in recent decades and is now spreading beyond smart windows and displays into areas such as anti-peeping film, components of organic light-emitting diodes (OLEDs), diffuse film, field-effect transistors (FETs), quantum dots (QDs) film, energy storage, and solar energy harvesting.

The primary application for PDLC windows is in interior partitions, where several companies now benefit from the capability to convert screens and doors from clear to private, which can also be utilized as projection screens.

What chemicals are applied in PDLC 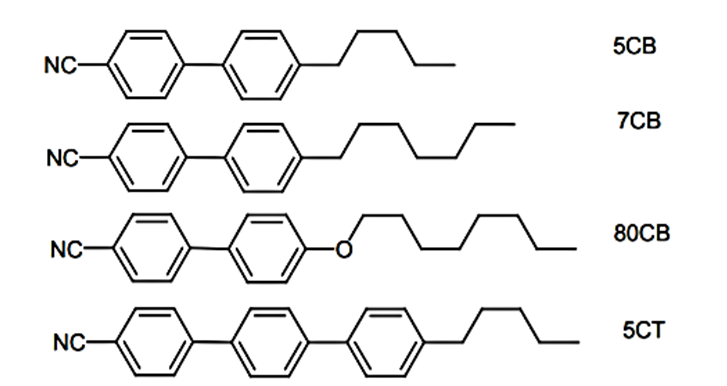 Encapsulation and phase separation can be used to form PDLCs, whilst the latter becoming the primary approach of production. PDLCs produced by each approach have distinct properties and characteristics. The size and morphology (form) of the droplets, the cooling and heating speeds in fabrication, and the types of polymers and liquid crystal employed are all aspects that influence the attributes of the PDLC material.

Microencapsulation was used in early attempts to create PDLCs. A liquid crystal is combined with a polymer that has been dissolved in water in this case. When the water evaporates, a layer of polymers surrounds the liquid crystal. Thousands of these microscopic ‘capsules’ are created and disseminated through a bulk polymer. Droplets created with this method are typically non-uniform in size and can even be attached to one another.

To produce PDLCs through phase separation, a homogeneous combination of polymer (or prepolymer) and liquid crystal must first be created. The separation of the two phases results in the formation of liquid crystal droplets. The three most prevalent methods of separation are as follows.

This happens when a liquid crystal is combined with a solution that has not yet been polymerized. The polymerization reaction begins after a homogenous solution is produced. The liquid crystal molecules emerge from the solution and begin to form droplets as the reaction proceeds. The droplets grow until the polymer binder solidifies to the point where the molecules are trapped and unable to move freely.