The basic information of RM23

Side-Chain Liquid Crystalline Polymers (SCLCPs) and a variety of optical elements and devices such as filters, retarders, and coatings (where UV stability and transparency are crucial) are made with the use of RM23 LCD chemical. 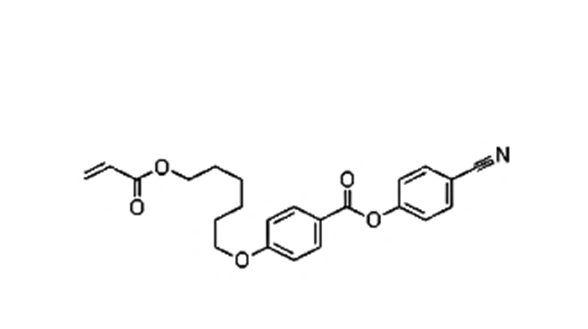 What are the applications of RM23?

A novel method for producing liquid crystalline polymers with narrow polydispersity indices (PDIs) had already been devised. In nematic liquid crystals with macroscopic orientation, photopolymerization of RM23 was investigated by researchers. This monomer has been employed in the production of SCLCPs. Because the homopolymer of RM23 possesses a low glass transition temperature (Tg) and a broad mesophase, it has been copolymerized with several liquid crystalline monomers containing different photosensitive groups to produce liquid-crystalline copolymers.

The inclusion of RM23 lowered the crosslink density. Reduced crosslink density lowers the thermally induced shape change’s threshold temperature and raises the magnitude of the deflection. Surprisingly, samples containing RM23 allow for the retention of a complicated permanent shape, possibly due to the differential heat response of the azo-LCN material’s pendant and main chain mesogenic units.

By interspersing between the RM257 (CAS NO. 174063-87-7) and 2-azo main chain units, the inclusion of RM23 LCD chemical in the formulation reduces crosslink density. While the morphological characterization is continuing, the RM23 units are likely to be pendant to the principal direction of the main chain LCN. Thus, one explanation for the difference in permanent forms between the two materials is attributable to the inclusion of the pendant mesogenic spacing units.

In an LC-WOLED that generates white light, light-emitting liquid crystals (RM21-RM23) are combined and incorporated as insoluble cross-linked polymer networks. The nature of white-light emission is not voltage-dependent and is not caused by Förster energy transfer. The cross-linked polymer networks can also be employed to produce polarized white light. This method to WOLEDs entails deposition from solution and patterning using photolithography and, potentially by inkjet printing.

By using RM23 a new library of reactive mesogens (mono- and diacrylates) has been synthesized and characterized as building blocks for liquid crystal polymers and networks. The library was used in the design and production of UV-transparent LCPNs with exceptional UV light stability.

In comparison to LCPNs based on commercially available substances, the application of these novel reactive mesogens sufficiently enhances the transparency of the LCPNs in a broad UV spectral region (280–400 nm) and results in materials resistant to prolonged UV exposure. Overall, the synthesized LC materials are an appealing medium for integrating photoactive substances while retaining their excellent photochemical and photophysical performance.

The characteristics of RM23

• Mono-functional monomer.
• The homopolymer of RM23 has a low glass transition temperature (Tg) and a broad mesophase.
• The molecule has a 4:1 length ratio and is a stick structure.
• The molecular terminals include polar or polarizable groups, allowing the molecules to remain in an ordered orientation.
• The molecule’s long axis is flexible and has some rigidity.

How to form the RM23

RM23 homopolymer and copolymer are currently made by radical polymerization insolvent. In that instance, the solvent molecules separate the polymerizable RM23 molecules, and these molecules orient randomly in the solvent. On the contrary, the molecules of nematic liquid crystals orient parallel to each other within a size of around the wavelength of light, and this size can be increased further by several alignment methods such as polyimide (PI) film and electric field.

From the standpoint of polymerization, if the liquid crystal has a homogenous or homeotropic macroscopic orientation over the entire reaction system supplied by the alignment methods, the polymerization that occurs in such an environment will be very different from that occurs in a common solvent. A unique environment is required for the polymerization of liquid crystalline monomer RM23. It is created by using a nematic liquid crystal phase with a specific macroscopic orientation as the reaction medium.
In liquid crystals, the monomer was photopolymerized to generate linear polymer. The outcomes in the reverse and normal mode cells were similar. The liquid crystal phase remained at RM23 concentrations less than 40%. In both reverse and normal mode cells, polymers with a 3% starting monomer concentration showed a reasonably small PDI. The molecular weight and PDI were steadily increased as the monomer concentration increased. The link between these two agreed well with the radical polymerization’s first-order kinetics.

PrevPreviousAbout Dk756 How Much Do You Know ?
NextRM257 Supplier Dakenchem: Several Things You Should KnowNext